How to Play Nippon

via Ludovox at Essen Spiel 15 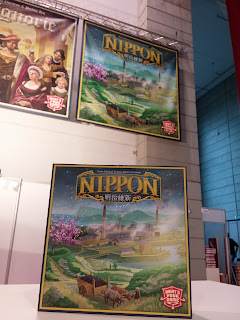 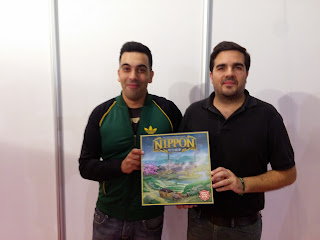 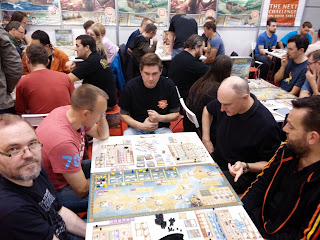 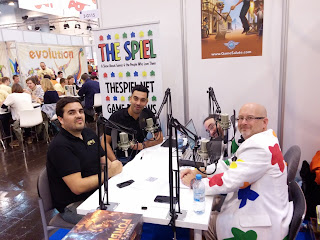 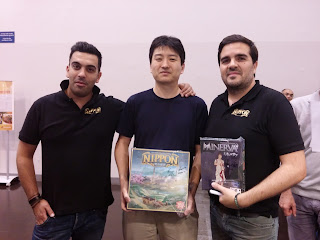 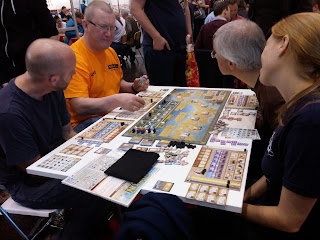 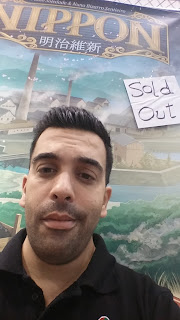 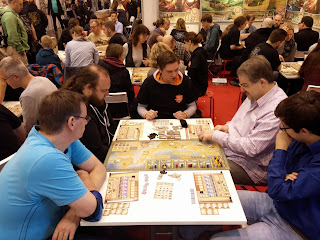 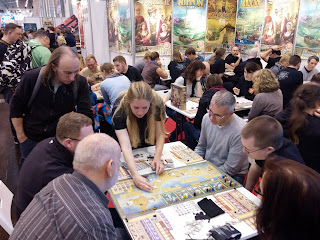 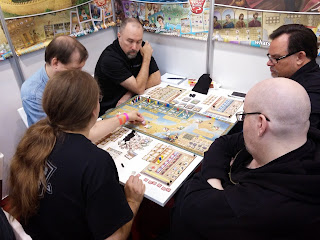 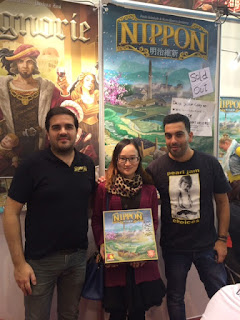 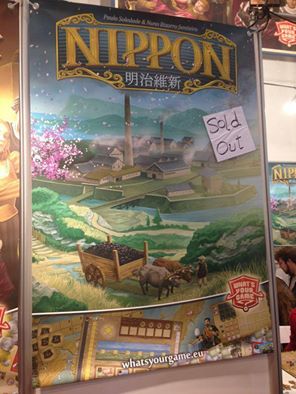 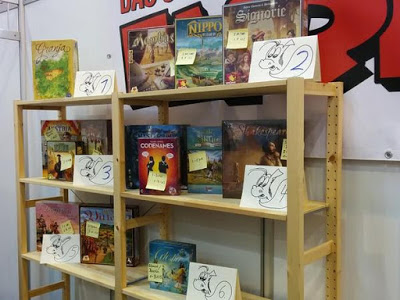 
It’s that time everyone, the 3rd and final part of the sneak previews for Nippon. And this one is by far the best. Why? Because I’m going to explain to you how to score Victory Points, and everyone loves VP’s right?

Most of the scoring in Nippon comes during the scorings, which happen 3 times during the game. Outside of that, you can score VP from fulfilling certain contracts, and by placing Influence markers in Hokkaido (the most northern Region). You can also lose VP when you consolidate if you cannot afford to pay for your workers. And this is where the colours of the worker meeples matter. You pay 3,000 Yen for each different colour meeple, and 2VP for each that you cannot pay for. So, when you are taking workers, you need to keep the colour in mind.


Scorings
The three scorings are triggered by the movement of the Scoring Marker, which is moved when all of the worker rows are empty. And the worker rows empty when the action spaces become empty. Each player will have a number of turns before the scoring marker is moved. When the marker moves onto the 3rd slot, the first scoring happens. The second scoring happens when the marker moves to the 5th slot, and 3rd scoring is at the end of the game.

During each scoring, the players add up the Influence they have in each region. This is calculated by adding the number on the Influence tile to the value of their trains in that region. However, the trains only count if the player has an Influence tile. Think of it that the Influence tile represents you providing that city with goods. By using your rail network, it helps in the transportation of those goods, but if you aren’t actually fulfilling the needs of the city, the trains give no benefit.

If you remember the numbers on the slots around a city already printed on the game board, these represent the fact that the overseas companies are currently providing the goods to that city, and therefore they have Influence. The overseas companies count as a non-player for the purposes of determining majority.

VP are then awarded based on who has the most, secondmost, and thirdmost, remembering that the overseas companies could take one of those places. The VP changes for the different scorings.

Also, the players with the most and secondmost Influence also score extra VP for ships they may have in that Region.

So, Trains help you get more Influence, and Ships give you VP if you have the most or secondmost Influence. It is a clever balance that needs to be carefully planned.


Achievements - Final Scoring
At the end of the game (after the 3rd scoring), each player scores additional endgame VP based on how much they have pleased the Emperor. You may remember from Part 2 that when you consolidate, you take a Reward tile. These tiles (between x2 and x5) are placed on the Achievement section of your Player board

Most of the achievements will score 0 VP unless there is a tile on them. The two that show a ‘1x’ in the top left will always score VP, but if there is a reward tile on it, it will score you more.

And that brings us to the end, I hope you’ve found these previews useful. The full rules are now available online athttp://www.whatsyourgame.eu/games/nippon/. And after Essen, I will be doing a rules overview video to help you learn how to play.

Take care, and thanks for reading. 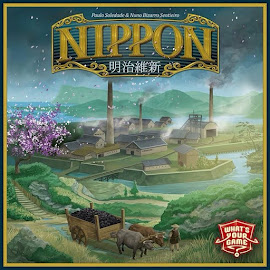